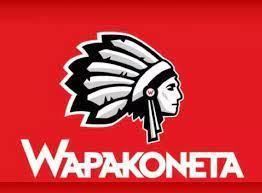 We have had a perfect start to this school year. Has everything went just as we planned?  No, but often when things go awry we have the opportunity to really show who we are.

I am so impressed by the teamwork in this district. Today at dismissal, we had a situation with the wheelchair lift on a bus at Wapakoneta Middle School. It meant that we could not load certain students on the bus and take them home, putting us into a predicament. The driver of that bus kept his composure and allowed us time to figure out a solution. The Transportation Director, as this occurred, was driving a bus because we are short drivers/substitute drivers leaving the central hub vacant. However, another staff member cut his vacation short to rush back and cover this role. The solution was to have this gentleman bring a new bus while the initial driver delivers the students that were on the bus. A secretary contacted the parents to provide them an update that their children will be late and explained the situation.  Since our person at the bus hub would now not be available, a secretary from WMS left to cover it causing another secretary to stay late after their time to pitch in and help. The bus arrived and we delivered the student home. This all took place in a matter of 10 minutes. Success! Another example of how we all work together to #bebetter. So proud to be a Redskin!